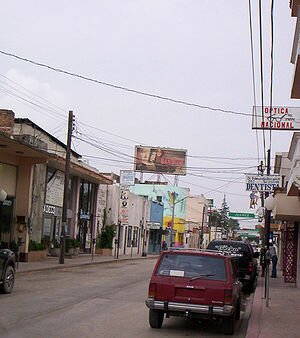 Ciudad Acuna, also known simply as Acuna, (originally Garza Galan, later Villa Acuna) is a city located in the Mexican state of Coahuila, at [show location on an interactive map] 29°19'9?N 100°56'3?W? / ?29.31917, -100.93417 and a mean height above sea level of 280 meters. It stands on the Rio Grande (locally known as the Rio Bravo), which at this point marks the U.S.-Mexico border, and offers two border crossings via Lake Amistad Dam International Crossing and Del Rio-Ciudad Acuna International Bridge with the neighbouring city of Del Rio in the U.S. state of Texas. It serves as the municipal seat of the surrounding municipality of Acuna. In the 2005 census the city had a population of 134,232, whereas the municipality's population was 146,238. The city is the fifth-largest community in the state.