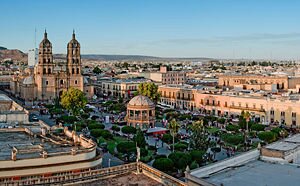 The city was founded in 1563. In the Spanish colonial era it was the capital of the Nueva Vizcaya province of New Spain, which included the present day states of Durango and Chihuahua.